metaScore lets you create multiple scenarios for a single media sequence. In the editor, you can switch between the different scenarios from the timeline: 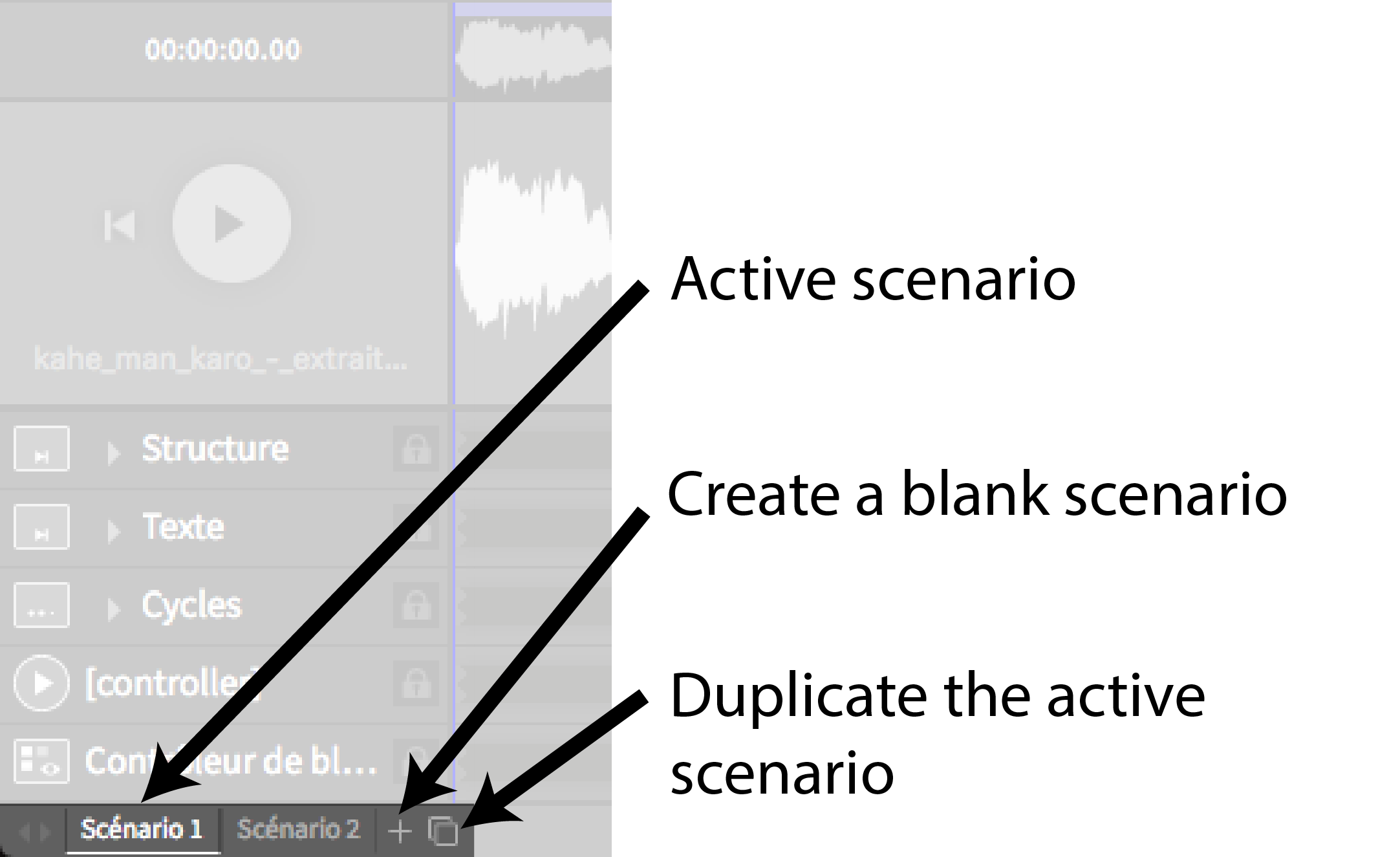 While working on an application, you switch from one scenario to another via the links “Begin playing” (by checking the box “Extract”) or “Scenario.” When creating a link, indicate the desired scenario at the bottom of the window. 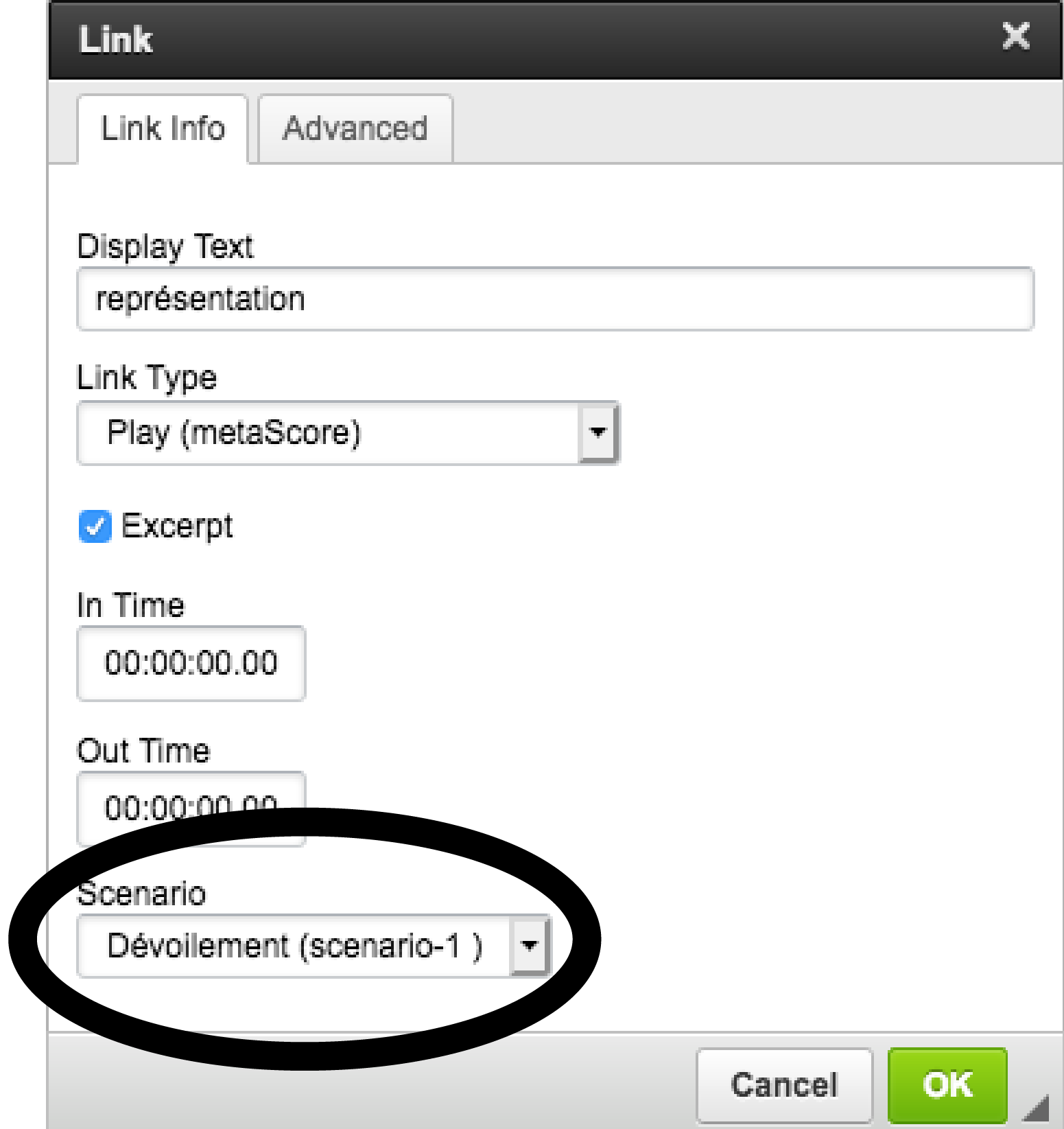